From the American Livestock Breeds Conservancy...

The Red Wattle is a large, red hog with a fleshy wattle attached to each side of the neck. The wattles have no known function. They are a single gene characteristic and usually pass to crossbred offspring. The Red Wattle comes in a variety of shades of red, some with black specks or patches, and red and black hair. Some individuals are nearly black. The head and jowl are clean and lean, the nose is slim, and the ears are upright with drooping tips. The body is short coupled and the back slightly arched. Mature animals weigh 600-800 pounds, but may weigh as much as 1200 pounds and measure up to four feet high and eight feet long.

Red Wattled Hogs are known for hardiness, foraging activity, and rapid growth rate. They produce a lean meat that has been described as flavorful and tender. The sows are excellent mothers, farrowing litters of 10-15 piglets, and provide good quantities of milk for their large litters. They have a mild temperament.

Red Wattles adapt to a wide range of climates. Their active foraging make them a good choice for consideration in outdoor or pasture based swine production. Their gentle nature recommends them to the small scale, independent producer. The origin and history of the Red Wattle breed is obscure and many hypothesis have been put forward. What is certain is that the breed, as it is known today, was derived from the large, red, wattled hogs found in a wooded area of eastern Texas in the early 1970s by Mr. H.G. Wengler. He reported breeding two Red Wattled sows with a Duroc boar, then breeding the wattled offspring back to the original sow. Over several generations he developed what became known as the “Wengler Red Waddled Hog”.

In the early 1980s Robert Prentice located another herd of Red Wattled Hogs. This line became known as the Timberline, after it’s wooded origins of east Texas. He combined these with the Wengler Red Waddles to create the Endow Farm Wattle Hogs.

The Red Wattled Hog is listed on the ALBC Conservation Priority List as being critically endangered meaning their are fewer than 200 annual registrations in the U.S. and estimated to have fewer than 2,000 individuals of this breed globally. 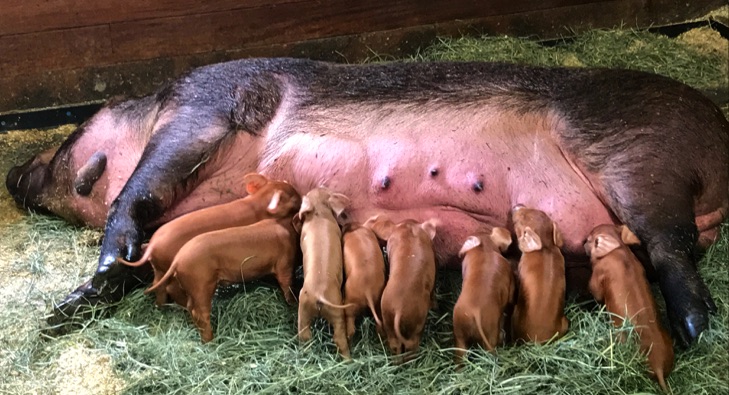 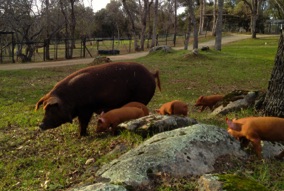 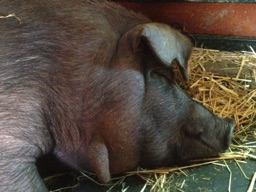 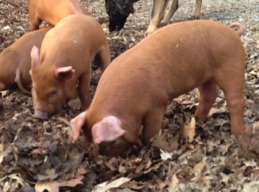